Please provide an overview of how anti-corruption contributes to democracy promotion and protection, particularly in the following overarching democratic principles: a) division of powers, b) political competition, c) democratic culture, d) political participation. What are the risks of anti-corruption campaigns undermining democracy and are there any possible ways to address these risks?

However, there is also a risk of anti-corruption campaigns undermining democracy. For example, anti-corruption rhetoric can be weaponised by despotic and populist leaders to consolidate power, or anti-corruption messaging can have unintended consequences that undermine public trust and democracy. Various measures have been suggested by scholars and practitioners to mitigate the risk of anti-corruption becoming a pretext for authoritarian policies. These include “doing anti-corruption democratically” through problem-driven approaches (considering context instead of looking for universal toolkits), and following the do not harm principle, particularly in fragile contexts. 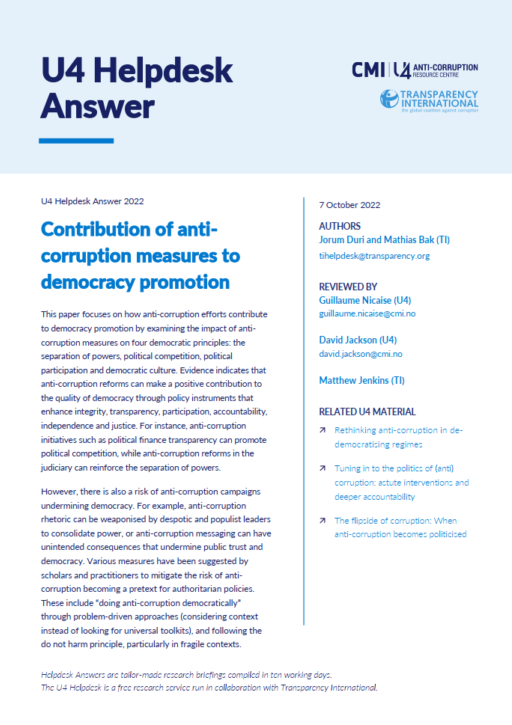