Please provide a summary of how different forms of corruption in BiH are politically connected and describe patronage systems, describe how different vulnerable groups experience corruption and what different international actors do in the area of anti-corruption.

The power sharing system which was designed to guarantee fair ethnic representation in governance, often results in “severe partisan gridlock” amongst nationalist leaders from BiH’s Bosniak, Serb and Croat communities. What enables the governing parties to rule over a deeply entrenched patronage system is their grip over administrative resources, particularly employment in public administration and state-owned enterprises. There is widespread discrimination against certain vulnerable groups, which can increase their exposure to corruption risks. Efforts towards constitutional reform to address discrimination have failed. Corruption is systemic. 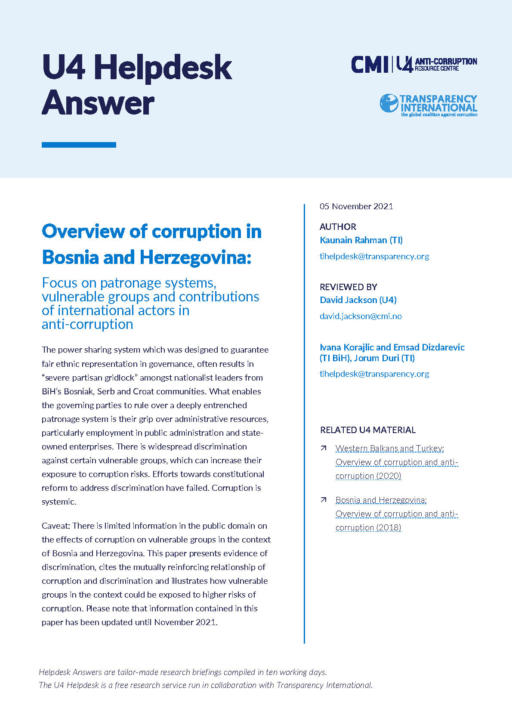