Please provide a literature review on corruption in the diamond sector in Angola.

The diamond sector in Angola faces a variety of corruption challenges. These include elite capture of the diamond pipeline, commodity mispricing and corruption fuelled human rights abuses, among others. While sectoral reforms such as ensuring traceability and adopting standards that go beyond conflict-free certification (as in the Kimberley Process) are important, attention must also be paid to the structural factors in the country’s political economy that enable capture of the Angolan diamond value chain. The incumbent government is currently making efforts to commercialise and reform the sector to attract foreign investment.

The corruption risks and anti-corruption approaches mentioned in this paper are meant to be illustrative and not exhaustive. Publicly available literature on corruption cases in the diamond sector in Angola are focused on the issues of conflict diamonds during the civil war and elite capture of the diamond industry by the dos Santos family. There is limited information on any potential corruption cases under the current President Lourenço. 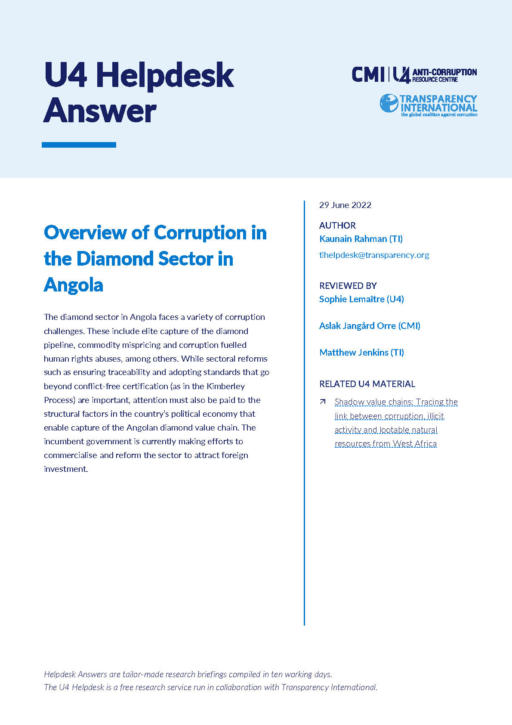