Parliaments, as the political representatives of citizens, take a central role in holding government to account. Parliamentary oversight ensures government actions are scrutinised when they are still being developed, during as well as after their implementation, to ensure that they serve the needs of the public. This involves activities such as approving and scrutinising the government’s financial activities, monitoring government actions, and assessing the implementation and compliance with policies and laws. Oversight also entails political control over the executive through various activities such as votes of no confidence, motions of censure, impeachment, as well as ensuring transparent appointment procedures of executive appointees.

To strengthen cooperation and coordination between these two bodies of citizen representation, this paper focuses on a variety of non-exhaustive ways that CSOs can enhance oversight actions by parliament before, during and after government action. Each stage has entry points for CSO invention, and the paper identifies such entry points and shares case studies on how CSOs can enhance the core parliamentary function of oversight.

This is a basic guide on how CSOs can enhance parliamentary oversight, with non-exhaustive examples of possible entry points for intervention. It was mainly developed for national chapters of Transparency International under the Strengthening Accountability Networks among Civil Society (SANCUS) project, but may be useful for other CSOs who would like to get more involved in parliamentary work. 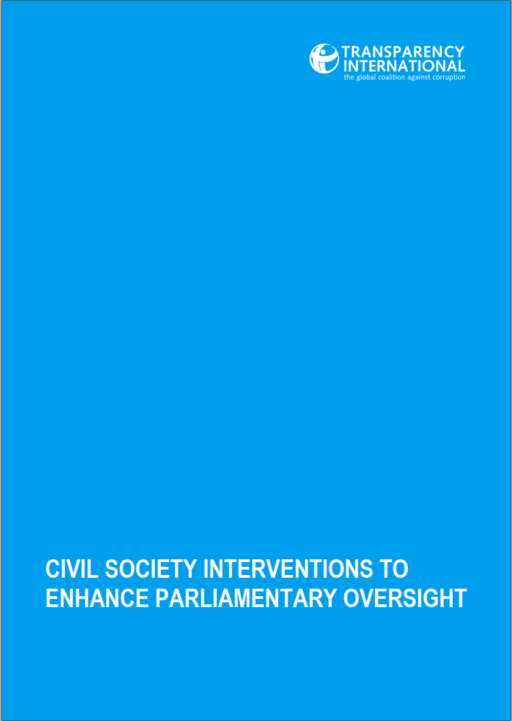