This Sustainable Development Goals (SDGs) parallel report offers an independent review of the government-led 'National Voluntary Review' (NVR) SDG process in Sri Lanka. Produced for the occasion of the United Nations High-Level Political Forum (HLPF) meeting in New York in July 2018, this assessment attempts to provide an objective account of the progress made within the 2030 Agenda for Sustainable Development in Sri Lanka.

The report provides independent analysis to complement and scrutinise official government progress reports related to SDG targets that focus directly on corruption. It provides a comprehensive picture of national anti-corruption progress across a range of policy areas. More specifically, targets 16.4 (illicit financial and arms flows), 16.5 (reduce bribery and other forms of corruption), 16.6 (transparent and accountable institutions) and 16.10 (access to information) are analysed in depth.

The research is based on 175 indicators developed as part of the global Transparency International project. 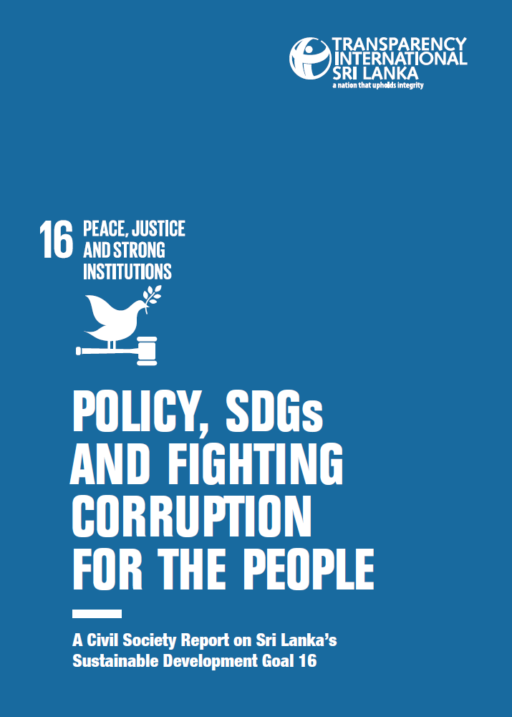