Please give an overview of the costs of corruption on gender equality, youth development, environmental and security issues in the English-speaking Caribbean countries

Corruption remains a major challenge in Commonwealth Caribbean countries, as shown by governance indicators such as the Corruption Perceptions Index. Evidence in the latest Global Corruption Barometer for Latin America and the Caribbean has also indicated the deleterious impact of corruption on Caribbean women who are the main targets of bribery when seeking public services and are subjected to gendered forms of corruption, such as sextortion. Corruption has also grossly affected the youth and compromised state security due to its proximate link with organised crime in the region.

Caveat: There is little information on the true financial, quantitative costs of corruption on gender, youth, environment and security issues in the Caribbean region. In general, there is a scarcity of recent corruption research in the region. There is a need for more resources to be made available with a focus on anti-corruption in the region.

a. Corruption and gender equality

b. Corruption and youth development 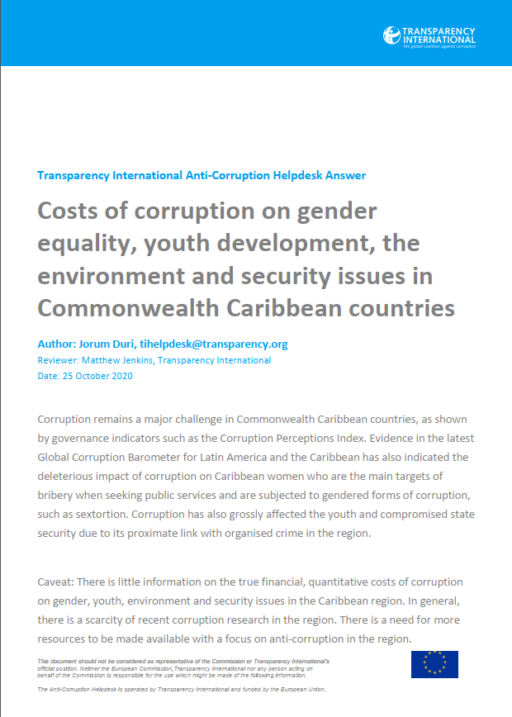