I would like to understand the scope of any research linking the implementation of structural adjustment or rapid privatisation programmes led by international finance institutions to the growth of corruption and economic crime.

The implementation and outcomes of structural adjustment programmes (SAPs), promoted by the International Monetary Fund and the World Bank to help countries all around the world overcome their economic crises, have generated significant controversy. The SAPs’ impact on the economic development and levels of corruption of those countries are of special concern. Regarding corruption, the literature presents two main positions: one, the anti-corruption discourse legitimises and justifies the need for SPAs. Two, SAPs do not actually reduce corruption but they exacerbate it. Contextual conditions and interactions of SAPs with other policies make it difficult to establish a direct causal relationship between SAPs and levels of corruption, but studies show that aspects associated with those economic reforms have exacerbated corruption risks 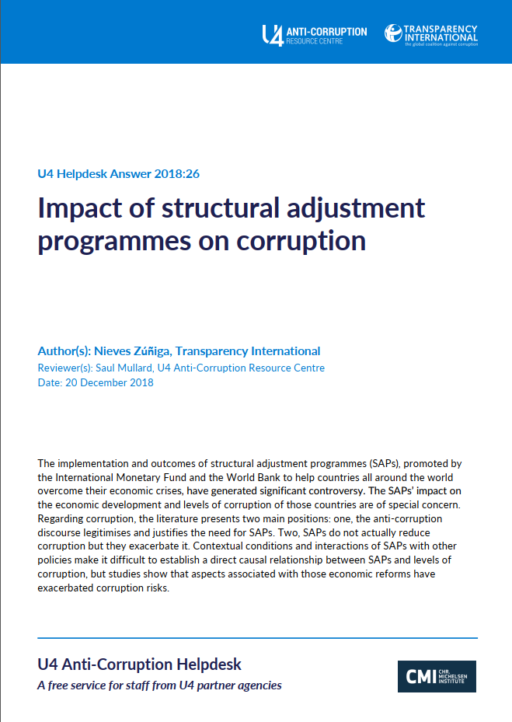