Please provide an overview of corruption and anti-corruption in Lebanon, with a focus on the anti-corruption bodies responsible for countering illicit financial flows (IFFs) and for asset recovery

The power-sharing agreement that rules Lebanon seeks to maintain peace and stability through the distribution of power and government positions to the different groups that make up its population. It has led, however, to mismanagement, inefficiency and widespread corruption, among other problems. The recent crisis, caused by economic downturn, the COVID-19 pandemic, and the Port of Beirut blast, has dramatically increased poverty and inequality. Mounting corruption scandals at the highest levels of government have reduced public confidence in Lebanese institutions, and accessing public services depends on bribe payments or personal connections. As international organisations pressure Lebanon into implementing structural reforms, a number of anti-corruption laws have been approved in recent years. Their implementation remains inadequate, however, and the National Anti-Corruption Commission has not been fully set up. Structural problems, such as the lack of an independent judiciary and prosecution service and immunity for high-level officials, have not been addressed and they threaten the effectiveness of such reforms. 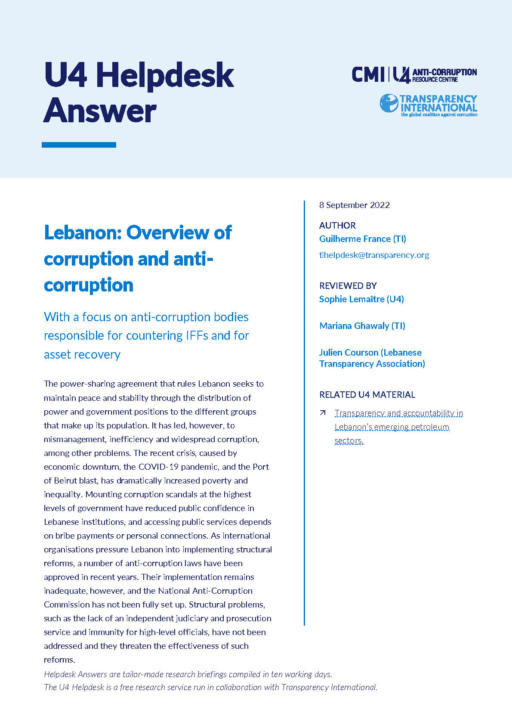