Provide an overview of corruption and anti-corruption in the Democratic Republic of Congo.

Emerging from the contested elections of 2018, Felix Tshisekedi has been installed as the new president of the Democratic Republic of the Congo. Tshisekedi has inherited a corrupt and inefficient state apparatus that struggles with its legitimacy and is embroiled in multiple deadly conflicts.

At the heart of the corruption and conflict are the forms of neopatrimonial governance and state capture that have defined politics in the DRC for decades. Powerful patron-client networks reproduce corruption and predation at every link of the hierarchy, putting the greatest burdens on low-ranking corrupt officials and ordinary citizens.

The DRC has a legal framework with some potential for improving its fight against corruption, but implements it very poorly. A key issue, therefore, is ensuring independent and autonomous anti-corruption institutions that can put an end to the impunity of those benefiting from corruption. 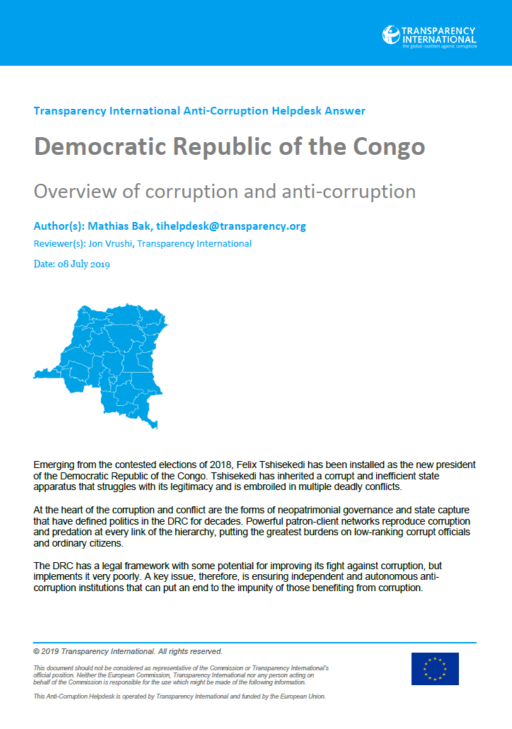