What challenges exist in relation to the use of asset freezing sanction regimes to support anti-corruption investigations to seize and confiscate ill-gotten gains?

The imposition of asset freezing sanctions has the potential to be an effective first step in addressing large-scale corruption, and legal regimes to allow for this have been established in several jurisdictions. Discussions around sanctions and the recovery of stolen assets have become particularly prevalent following the 2022 Russian invasion of Ukraine. Several challenges exist in relation to the use of sanctions as an anti-corruption tool. Importantly, in most jurisdictions there is no legal or policy link between the political decision to impose sanctions and the opening of anti-corruption investigations by authorities.

This Helpdesk Answer only deals with sanctions that impose an asset freeze and does not relate to other forms of sanctions. It further only looks at those sanctions targeting individuals and specific entities and not those directed at whole or sectors of an economy or that freeze assets belonging to state agencies, such as foreign reserves of central banks. 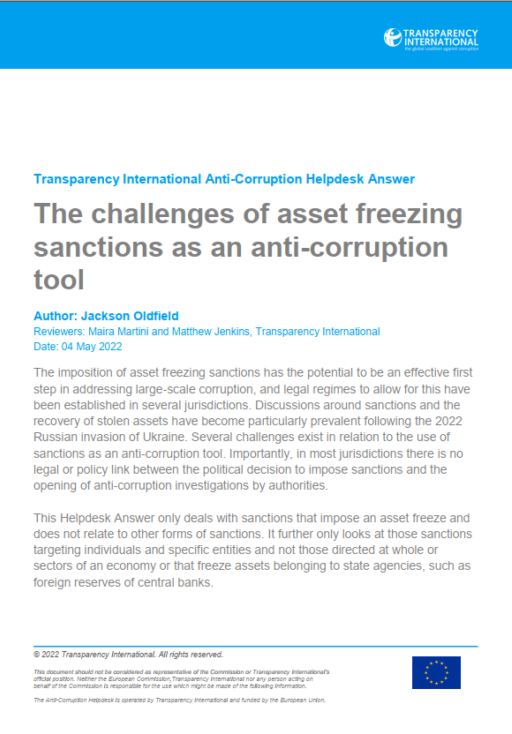