We would like to get an overview of the corruption challenges that currently exist in West Nile and Karamoja, in Uganda, and the measures that could potentially be designed in a project to mitigate them.

West Nile and Karamoja sub-regions, in the Northern Region of Uganda, are characterised by a history of conflict and a current state of latent conflict. Ethnic tensions, distrust towards the national government, conflicts around land and natural resources, unresolved war legacies and insecurity are among the challenges existing in that area. The main challenges for women in the northern part of Uganda are discriminatory social norms and belief systems and physical integrity.

In recent years, the government of Uganda has undertaken several institutional initiatives to acknowledge the importance of women in Ugandan society and to monitor government’s progress in reducing the gender gap. Despite progress is this regard, several indicators show a worsening in the levels of corruption perception despite the existence of a regulatory and legal system to combat it. 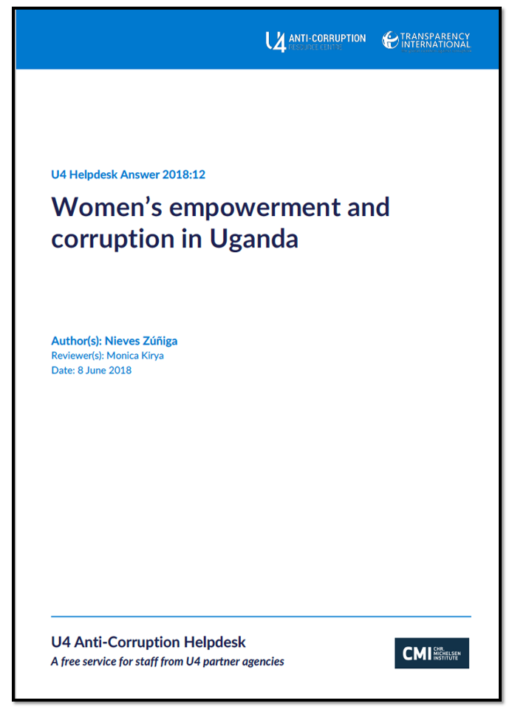 Models of donor coordination for managing multi-donor inputs Uganda: Overview of corruption and anti-corruption Strategies to tackle corruption in local government procurement in Asia and Africa