The United Nation’s Sustainable Development Goals (SDGs) set out an ambitious global development agenda until the year 2030. They consist of 17 goals, and the goal 16 specifically targets measures for transparency and accountability, and the fight against corruption. These goals intend to significantly reduce illicit financial and arms flows, strengthen the recovery and return of stolen assets and combat all forms of organized crime; substantially reduce corruption and bribery in all their forms; develop effective, accountable and transparent institutions at all levels and ensure public access to information and protect fundamental freedoms, in accordance with national legislation and international agreements.

Transparency International Hungary Foundation made an in-depth assessment of the aforementioned goals, and revealed serious deficiencies and challenges. The main reason is why some of the development goals are not or not sufficiently met in Hungary has been the fact that corruption has become institutionalized and systemic in the country.

A peculiarity of the Hungarian situation is that a strong tension between regulation and practice has developed since the incumbent government captured the state in a steady process after 2010. On one hand, a large number of regulations contain anticorruption provisions in compliance with European Union standards. This is the case, for instance in certain regulatory aspects of public procurement, whistleblower protection, access to information, political finance and mandatory disclosure. On the other hand, enforcement and practice is particularistic and biased favouring loyalists and cronies. 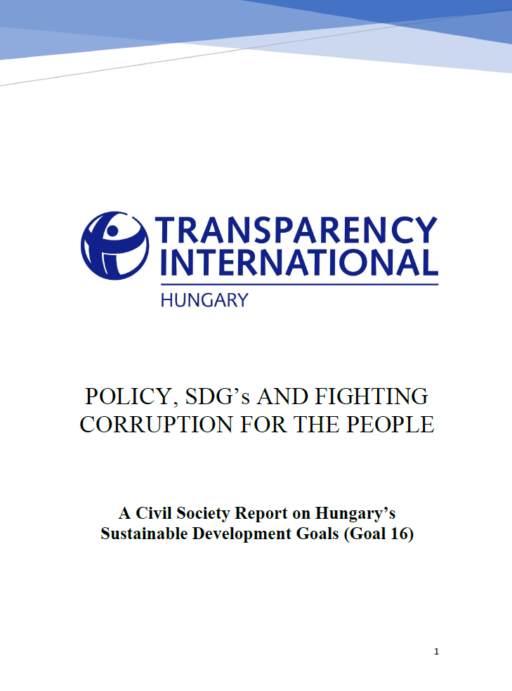