The Commonwealth supports member countries in their fight against corruption by providing assistance in drafting legislation, training public officials, promoting best practices, and connecting the public and the private sector to reduce corruption. In particular, the institution has focused on strengthening governance and the public sector, reinforcing the rule of law, improving transparency in the management of natural resources industries and supporting integrity in sport. In the last years, the Commonwealth has increased its interventionist role by pressuring member countries to comply with anti-corruption standards as a pre-condition for obtaining aid. 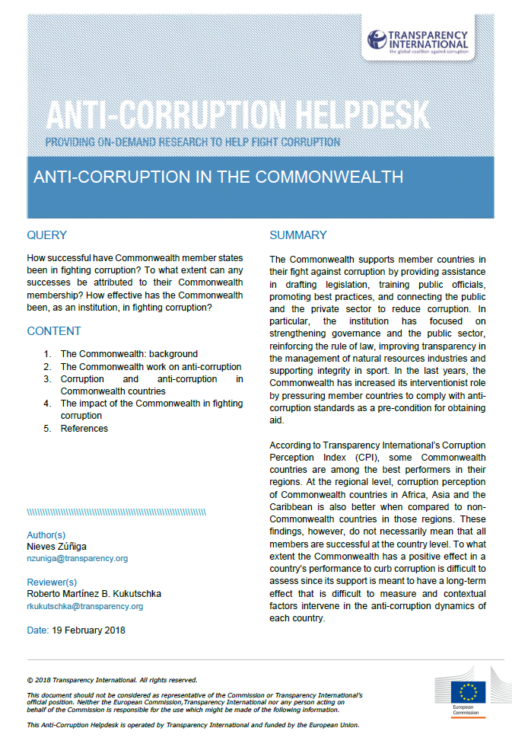