Corruption is present in all three branches of government in Indonesia and is one of the major constraints on the political leadership’s capacity to govern effectively. Political corruption is particularly pervasive, and parliament is widely considered the most corrupt institution. Similarly, bureaucratic corruption is rampant and a large part of the population reports paying bribes for services.

Yet, there have been some noticeable improvements in some areas, and the majority of the population has a positive view of the government’s efforts to fight corruption. The stellar performance of the Anti-Corruption Commission and the reforms to the business environment have been credited for the country’s optimism regarding anti-corruption reforms. 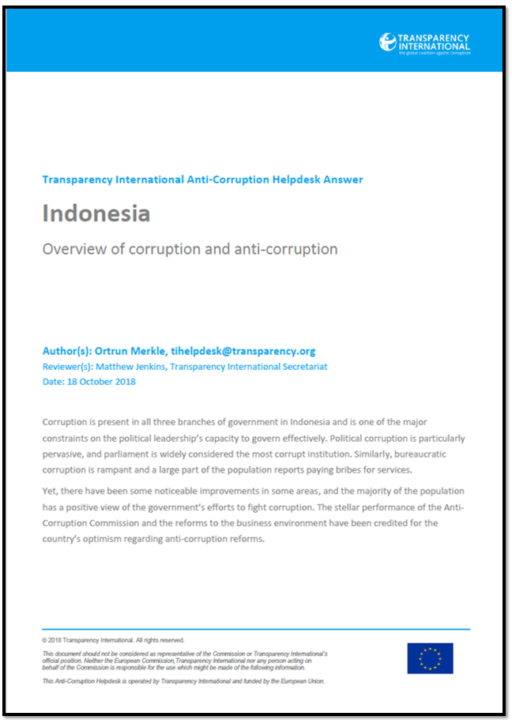