Sustained corruption and human rights violations have caused widespread unrest in Ethiopia since 2015. A change in the country’s leadership in 2018 provided Ethiopians with hope of a change to the status quo. Corruption exists in various forms, including but not limited to clientelism, kleptocracy, rent seeking and state capture. While anti-corruption laws remain strong in principle, they are not implemented adequately. The executive maintains control over the judiciary and legislature. 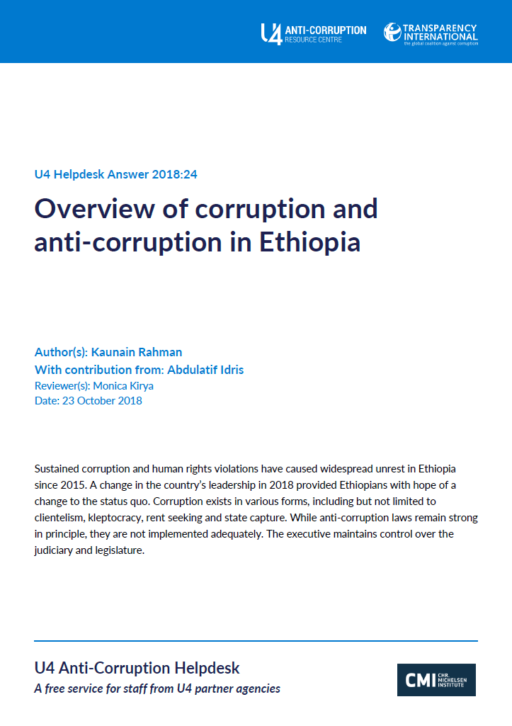 OVERVIEW OF PRACTICES FOR THE COLLECTION OF CORRUPTION DATA AND STATISTICS IN EU MEMBER STATES Mainstreaming gender and human rights in anti-corruption programming What works to curb political corruption? A review of the evidence base