Please provide an overview of corruption and anti-corruption in Tanzania

The Tanzanian government under the presidency of John Magufuli has cracked down heavily on corruption. Despite the current anti-corruption campaigns, however, political, petty and grand corruption seem to be endemic in the country. The regime is becoming increasingly authoritarian, resulting in the suppression of dissent, banning of protests, and a crackdown on media and opposition forces. Observers state that populist anti-corruption operations have to give way to initiatives aimed at a systemic and structural overhaul to bring about lasting and meaningful change. 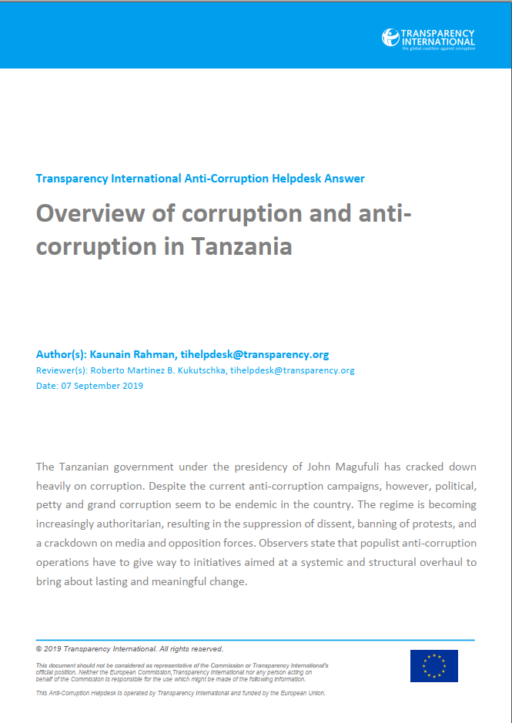