Please provide an overview of different countries’ institutional models to oversee and enforce codes of conduct in the executive branch of government.

This paper explores codes of conducts for ministers and public officials in the executive branch of government, with a focus on how and to what extent these are enforced.

The paper finds that, regardless of whether or not a country has established a ministerial code, it is critical that mechanisms for investigating and sanctioning ministerial and executive misconduct are independent of political interests.

Codes of conduct need to be both specific, aspirational and enforceable. Yet many ministerial codes are predominantly aspirational, often failing to hold ministers to account because they lack specificity and enforceability. Ministerial codes are rarely legally binding and their enforcement – particularly in Westminster style systems – tends to be at the discretion of the prime minister whose decisions may be influenced by political considerations or by differing notions of what constitutes ethical behavior. 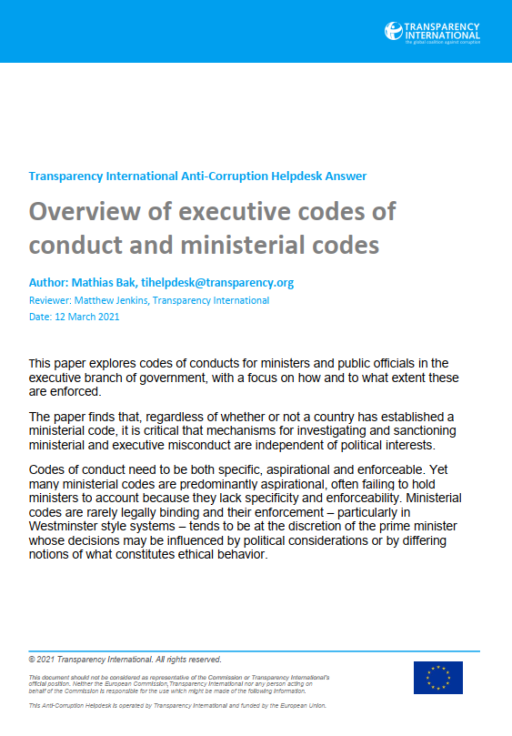 Parliamentary ethics committees GOOD PRACTICE IN ACCESS TO INFORMATION LAWs What works to curb political corruption? A review of the evidence base