The United Nations Convention against Corruption (UNCAC) provides minimum standards for extradition related to corruption offences and is the most useful treaty due to its broad coverage of corruption offences and the fact that 183 out of 193 UN member states are party to it. Legally binding treaties between the requesting state and the requested state are the firmest basis of a successful extradition. These treaties may be global, regional or bilateral. Where there is no extradition treaty to which both states are party, letters rogatory may still provide a basis for extradition.

Overall, there are few extradition cases linked to corruption offences. The limited and fragmented data available from the first cycle of UNCAC implementation reviews does not support detailed analysis of these cases, and under what circumstances and with what impact UNCAC was invoked. 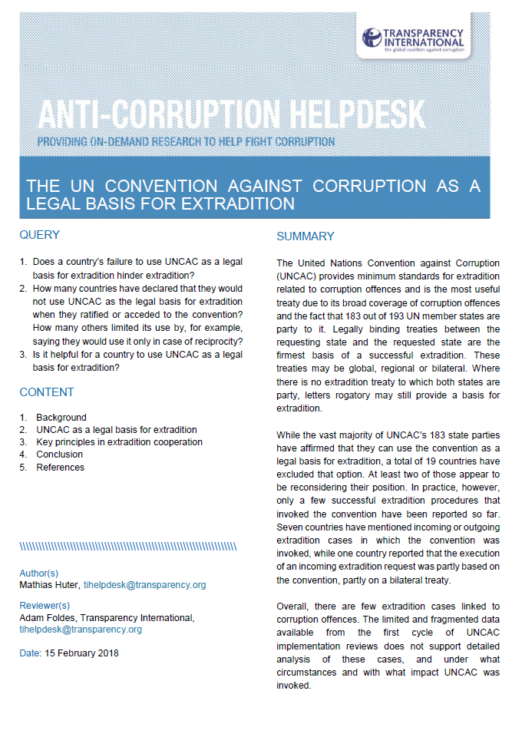