This Helpdesk Answer looks at how corruption and populism interlink. First, it provides an overview of the different definitions of populism, all of which point to the fact that populism, as a political ideology and as a style of political communication, divides society into two groups: the people and the “elites”. Second, it explains how corruption becomes an inherent part of populist rhetoric and policies: populist leaders stress the message that the elites works against the interest of the people and denounce corruption in government in order to stylize themselves as outsiders and the only true representatives of the people’s interest. While the denunciations of corruption can often be considered valid, populist leaders rather than effectively fighting corruption use the populist rhetoric as a smoke screen to redistribute the spoils of corruption amongst their allies. In many cases populism even facilitate new forms of corruption. Finally, the answer uses examples from Hungary, the Philippines and the USA to show how corruption and populism relate to one another. 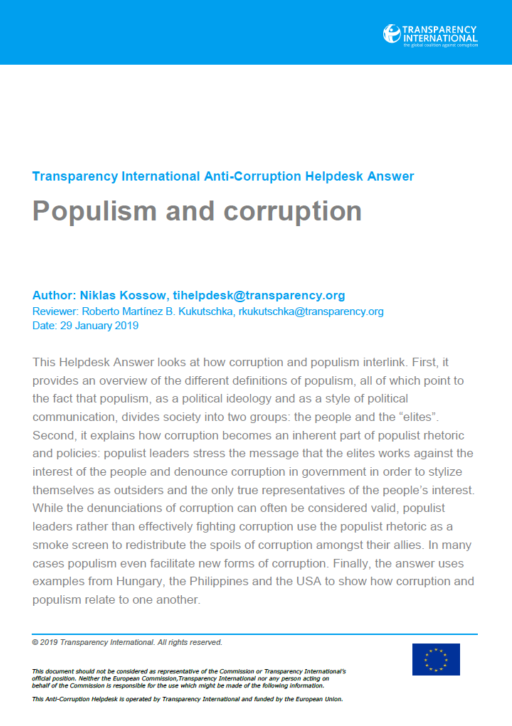