What experiences of using amnesties for corruption exist? What have been the outcomes and conditions of success of such initiatives?

The use of amnesties – whether for human rights abuses or corruption – is a politically controversial measure that is often perceived as fueling impunity and undermining the rule of law. Amnesties are predominantly used for human right abuses in post-conflict contexts to foster stability and ensure a non-violent political transition. Although there have been recent examples in countries such as Tunisia, Moldova and Romania, using amnesties for economic crimes and corruption is exceptional, politically sensitive and usually met with massive resistance. 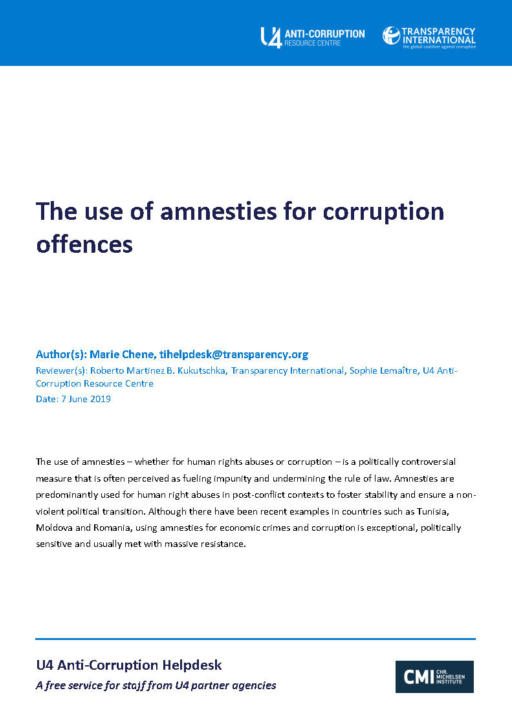