The Amazon provides abundant natural resources that are critical for achievement of SDGs in the region. However, corruption remains a threat to the sustainable use and management of resources in the tropical rainforest. A case in point is the grand corruption scheme that engulfed Belo Monte, one of the world’s largest hydroelectric plants, which was uncovered as part of the Operation Carwash investigation.

Evidence shows that corruption influenced the decision to construct and award contracts for an unsustainable and controversial project in the Amazon. There was no due consideration to the project’s real contribution to sustainable development in the energy sector, as well as its deleterious impact on the environment and indigenous communities.

As such, it has negatively affected several SDGs, particularly on ensuring access to affordable, reliable, sustainable and modern energy for all. 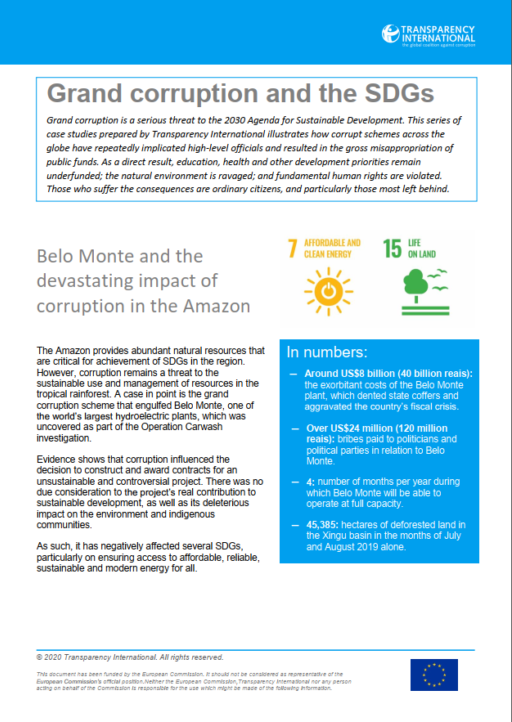