Since 2018, Kazakhstan has introduced a fourth level of budget for local governments. These are the smallest administrative units - villages, cities, regions with a population of more than two thousand people. The Law on the Development of Local Government stipulates that in 1,062 rural areas, residents will determine which of the 19 types of expenses their budgets will be spent on. It is noteworthy that 90% of such budgets are formed at the expense of taxes and payments of the residents themselves

The project «Development of local self-government in Kazakhstan» was implemented thanks to the support of Transparency International and aims to reduce the economic and social gap between the most and least developed regions of the country through a detailed analysis of the financial support of the smallest administrative units (Goal 10.2 of SDG UN, Goal 1.A from UN SDG 11). The recommendations on civil and public oversight are aimed at strengthening legal literacy and reducing corruption in local communities (Goal 16.5 of 16 SDG UN).

Analyze the budgets of the fourth level and determine which socially significant areas the local authorities did not allocate funds for the next two to three years. Determine in which regions the discussion of the draft budget was conducted without the participation of citizens. To increase the legal literacy of citizens of Kazakhstan living in settlements of more than 2 thousand people. Solving the problem of insufficient transparency and the quality of budget planning will allow developing proposals to eliminate opportunities for corruption, extortion, bribes, as well as for numerous schemes that allow local authorities to withdraw budget funds through subsidiaries and slow down the development of small administrative units. The study will contribute to the situation of the population, which is excluded from public control and business, which is a participant in public procurement and a service provider 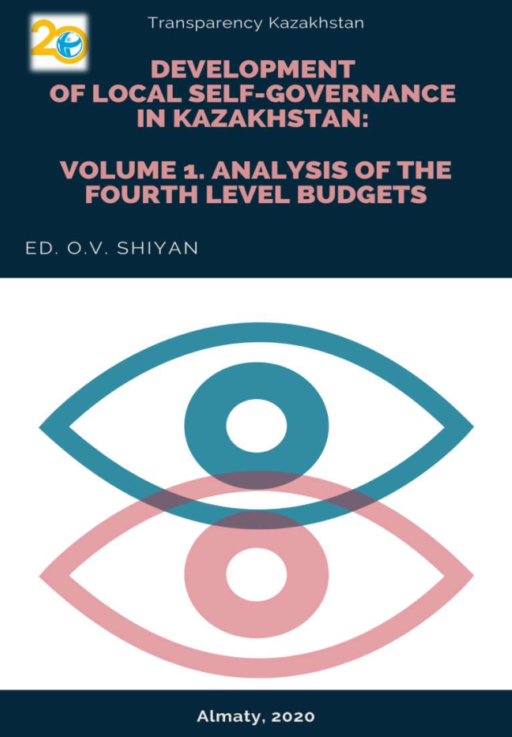