The Palestinian situation is unique, as the Palestinian National Authority (PNA) is still under occupation and does not have total sovereignty over its territory. This is an obstacle in the path of any comprehensive reform process. In addition, it is apparent that some of those in positions of leadership lack a decisive political will to move ahead with the reform process. This is clear in the ongoing political split between the two largest Palestinian factions and the presence of two governments; one in the West Bank and another in the Gaza Strip. This has a negative impact on the Palestinian integrity system in general, and on the LIS in particular. Aside from the obstacles that face local governments, the reform process is substantially impeded, as in all other aspects of governance, by delays in holding elections. As a result, some local governments were dissolved and heads and members of local governments were appointed. This affected the process of reform in this sector and undermined public confidence in these governments, since they are considered the primary representatives of the people in governance. Moreover, the mechanism of appointments deprived the public of their right to oversee and hold officials in these governments accountable, since they were not selected by the people but imposed by government. 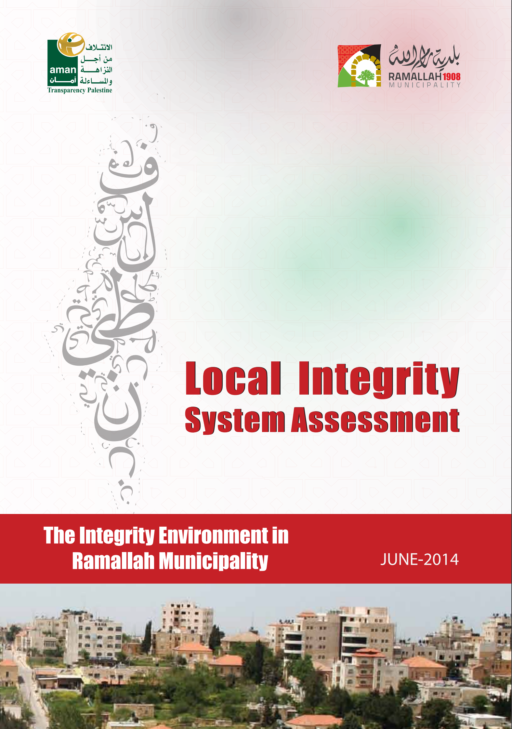