Are there examples of public authorities, companies or organisations using “integrity awards” for employees?

For decades, anti-corruption strategies have been based on an understanding that corrupt people were rational beings, making rational decisions when they decide to engage in corruption. As a result, the rationale was to make corruption as inconvenient as possible. However, contrary to this assumption, social psychology and behavioural economics demonstrate that human decision-making is not always rational. Mental shortcuts and intuition play an important role in shaping behaviour surrounding corruption.

This realisation has opened up a new terrain to think of anti-corruption based on how people act towards and engage in corruption. That requires first an understanding of the psychology of corruption and, second, a holistic approach to influence both the mind and the environment in which the individual makes decisions. Awards, as a form of incentive, are among some of the tools that can be considered when designing strategies meant to help curb corruption through behavioural changes.

This answer provides examples of integrity and anti-corruption awards granted in a variety of sectors, including the public, private and non-profit. It was, however, not possible to find information regarding their impact. 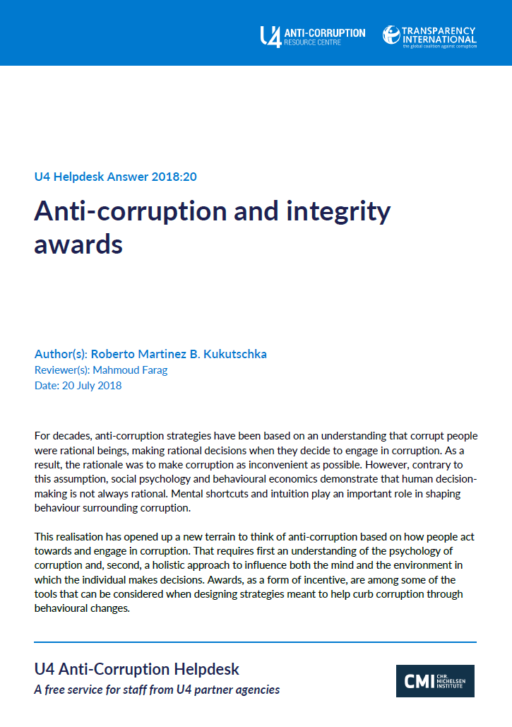