Please provide an overview on the prevalence and manifestations of illicit financial flows (IFFs) in/out of Ethiopia and their impact on development, as well as current strategies by the government of Ethiopia and development partners to address IFFs.

Over the past decade, the concept of illicit financial flows (IFFs) has gained traction within the international development community. According to some calculations, illicit outflows from Africa, for example, surpass the levels of development aid received by the continent, which deprives countries from resources needed to fund public services, improve infrastructure and fuel economic growth. There is, however, a lack of clarity regarding the definition of IFFs, which makes them difficult to delineate, measure and study. This U4 Helpdesk Answer explores the issue of IFFs in Ethiopia. 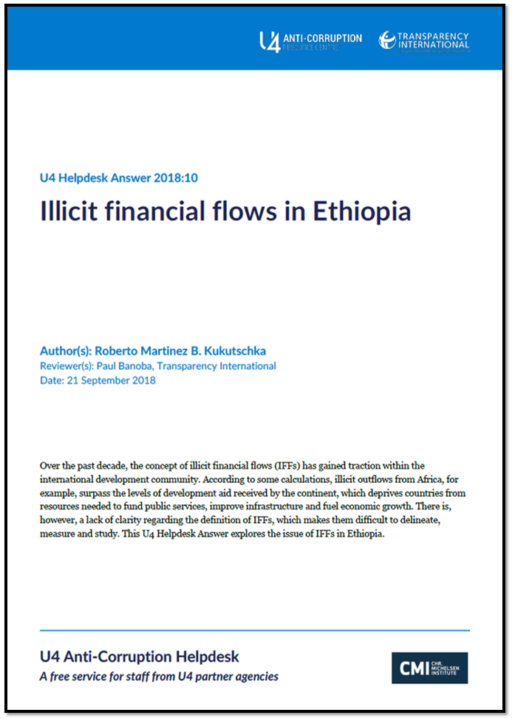