Despite high expectations placed on Liberia’s new president, his Excellency George Manneh Weah – who came to power through Liberia’s first democratic transition of power in more than 70 years – corruption continues to permeate Liberian politics and the public service. Allegations of patronage, nepotism and cronyism plague politics, petty corruption is rife, and judicial independence is weak. Moral and financial support to public integrity institutions is also limited, with the Liberia Anti-Corruption Commission (LACC), Financial Intelligence Unit (FIU) and other public integrity institutions without fully constituted leaderships. While advances have been made in the extractive resources sector, with Liberia making “meaningful progress” to respect the Extractive Industry Transparency Initiative standards, overall challenges remain significant. 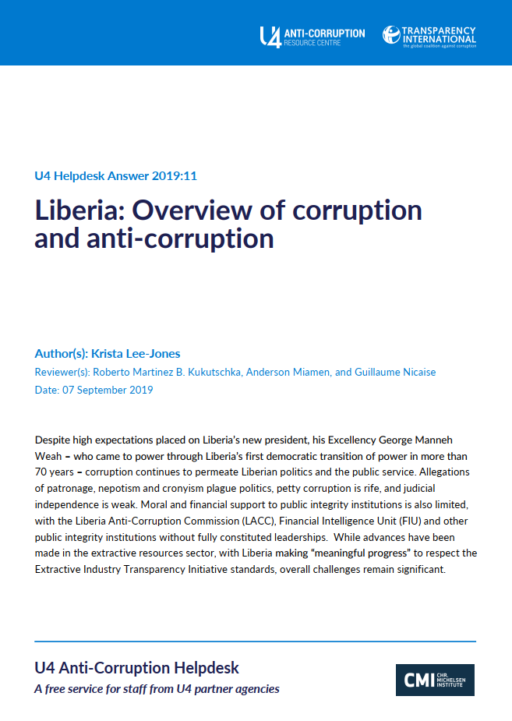 Corruption and anti-corruption in Liberia in the areas of environment, climate change and rule of law Anti-corruption progress in Georgia, Liberia, Rwanda Liberia: Overview of public procurement