What are the linkages between various genres of media and anti-corruption? To the extent possible, please include the nexus between gender equality and media.

The media can play a paramount role in exposing corruption and initiating legal, political and penal action against it. Different media genres unfold their respective strengths and show their limits as anti-corruption tools depending the different levels of on which they take effect, on the audiences they address and on the broader media ecosystem on which they rely. 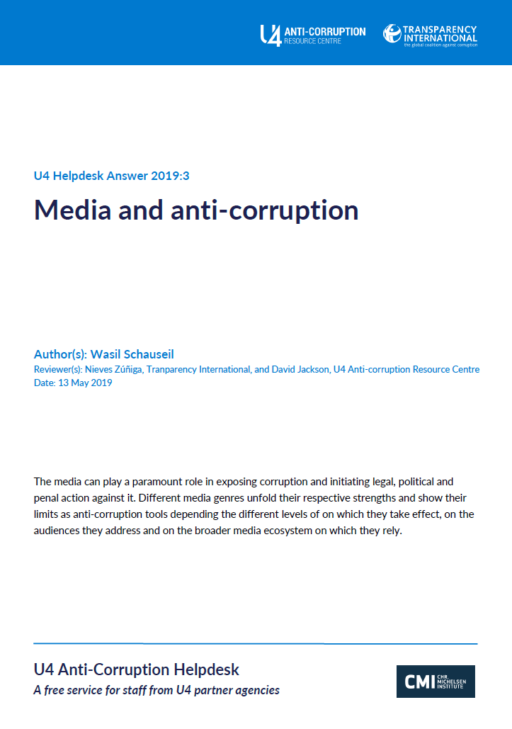 Best practices in engaging youth in the fight against corruption Good practices to ensure transparency and integrity of media companies Bitcoin, blockchain and corruption: an overview