How has corruption evolved in the past 10 years in Serbia? To what extent is corruption connected to political dynamics and social norms? Give an overview of anti-corruption initiatives in Serbia.

The evolution of corruption and anti-corruption in Serbia has followed the transition from a fragile government led by the Democratic Party to an increasingly centralised and authoritarian regime led by the Serbian Progressive Party. Even if there is no evidence of a significant change in the level of corruption, corruption in the Balkan country shapes political dynamics, resulting in the capture of political decision making and the political control of independent institutions, the judiciary and the legislature. The progress made in anti-corruption has been more on paper than in practice, with the implementation of those reforms being the main challenge. 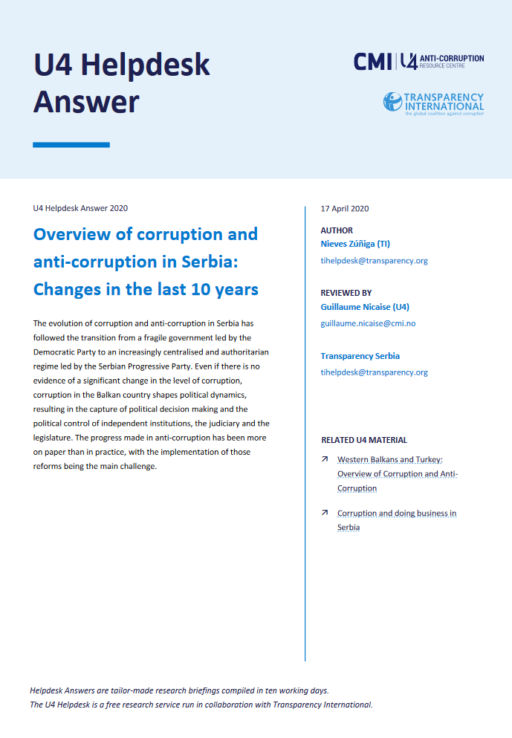