In Albania, Bosnia & Herzegovina, Kosovo, Montenegro, North Macedonia, Serbia and Turkey powerful patronage networks have infiltrated and consolidated their control of state institutions. These networks wield influence in many fundamental judiciary, law enforcement and anti-corruption institutions. As a result, politically independent and effective oversight and prosecution mechanisms can be absent, and corrupt officials and organised criminals can occasionally engage in acts of corruption with impunity. Overall, the region has lost momentum, neither moving forward nor regressing. There may be two exceptions to this, however. First, North Macedonia, which has elected a government that has signaled increased willingness to make headway against corruption. Second, Turkey, where the remnants of a political culture conducive to accountable governance is eroding. 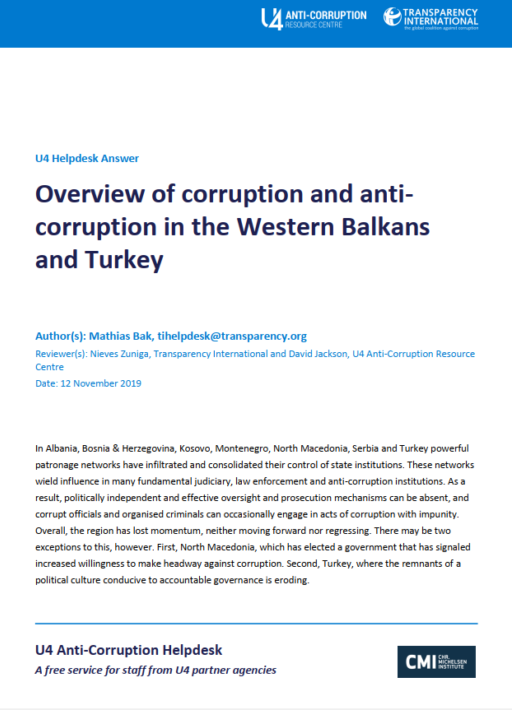 Overview of Corruption in the Media Illicit gold flows from Central and East Africa: Main typologies, actors, and associated harms Women’s empowerment and corruption in Uganda