What is the relationship between corruption, autocracy and human rights? How do the three non-democratic countries in Latin America fare in that regard?

The relationship between corruption, autocracy and human rights can become a vicious circle, in which the deterioration of meaningful democracy allows corruption to go unchecked, which in turn facilitates human rights abuses that further cement authoritarian modes of governance. In the Latin American region, three countries were classified in prominent governance indices as non-democracies in 2021: Cuba, Nicaragua and Venezuela. Of these, Cuba performs considerably better in Corruption Perceptions Index (CPI) than the other two countries. A review of the available literature suggest that this might be partly the result of the island nation’s state capacity, which allows it to better control what happens inside its borders, including petty corruption. 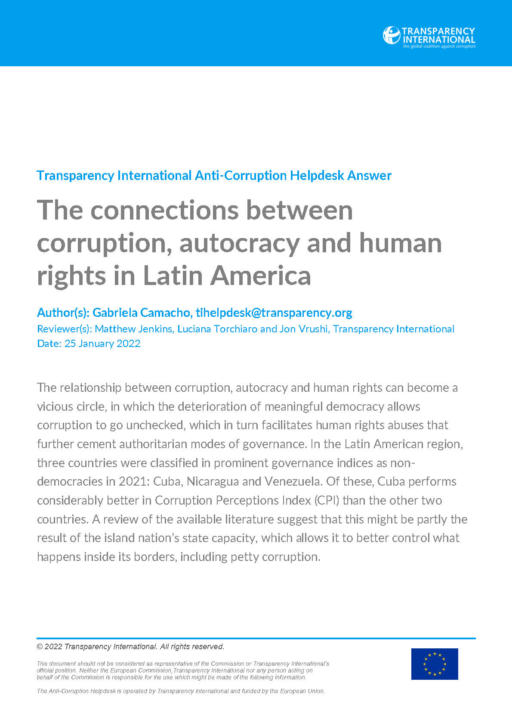 Regulating nepotism: approaches and best practices Overview of corruption and anti-corruption in Cuba