What are the linkages between gender and illicit financial flows?

Illicit financial flows (IFFs) are increasingly understood as one of the greatest challenges to global development. Interestingly, while much attention is paid to gendered aspects of development overall, there are very few studies exploring the extent to which women are affected by and involved in IFFs. The links between gender and IFFs can be investigated from three main perspectives: i) how IFFs specifically affect women; ii) the roles women play in IFFs; and iii) how women can help curb IFFs. 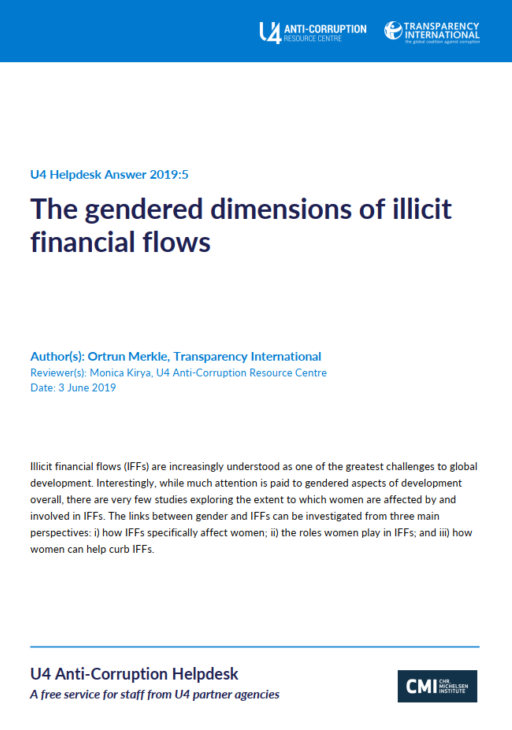