While the mandate of supreme audit institutions (SAIs) is not tackling corruption per se, their remit to oversee government revenue and expenditure gives them an important role to play in deterring and detecting public sector corruption. In fact, the nature of SAIs’ work from verifying public accounts, assessing regulatory compliance and ensuring the highest standards of financial integrity means they are well positioned to contribute to anti-corruption efforts alongside other bodies, such as law enforcement or anti-corruption agencies.

While the evidence base is relatively thin, recent studies illustrate that where auditing is conducted professionally and independently of outside influences, the level of corruption can be reduced as public officials are less able to hide malfeasance behind financial misrepresentation.

There is a growing awareness of the potential of involving SAIs in the fight against corruption. Successful approaches include focusing audit planning on areas at high risk of corruption, cooperation and coordination with other anti-corruption bodies, and engaging civil society in audit processes. Training and capacity building activities are also important means of developing the anti-corruption expertise of public auditors as well as promoting knowledge sharing and cooperation between SAIs. 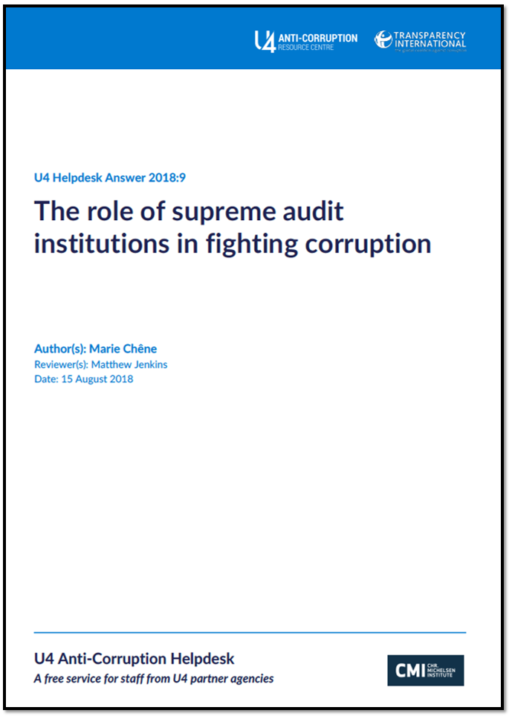