Grand corruption in Guatemala poses a real threat to the health of the country’s citizens and institutions. One of several recent cases, the La Línea customs scandal, implicated officials at the highest level and is estimated to have cost the country 1.8% of its GDP in 2015.

This is public money that Guatemala can ill-afford to squander if it is to meet its development objectives. The country’s health sector in particular has suffered from under-investment and recurring corruption scandals orchestrated by senior officials. This undermines the SDG 3 targets the country has set in critical areas, including tackling high maternal mortality rates. With the support of an independent commission, the CICIG, Guatemala has managed to reduce impunity for those implicated in grand corruption and organised crime – a closely linked problem. However, these gains are now at risk of being reversed by political elites who have chosen not to renew the CICIG’s mandate 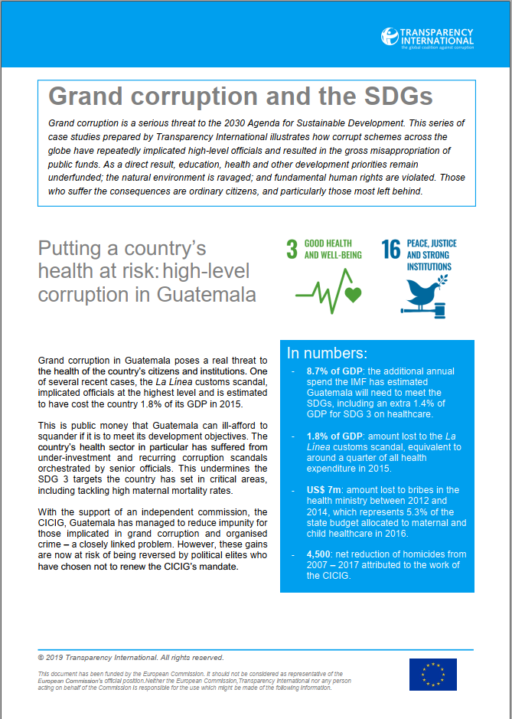