This purpose of this report is to show the situation with corruption through the eyes of the general public, experts and non-governmental organisations. It does not attempt to disprove the national report, but aims to supplement it and offers its own recommendations for the fight against corruption.

Since 2015, Kazakhstan has witnessed a new stage in the fight against corruption, one which changes the priority from reacting to corruption to preventing it, and which has impacted the entire state governance system. The government has already introduced a new law to fight corruption and a specialised state programme for the same until 2025. At the same time, the process to prevent corruption actively engages civil society in the form of political parties and non-governmental organisations. In addition, Kazakhstan has played an active role in the same issue with the UN, OECD and other organisation and initiatives that have the fight against corruption as their goal. 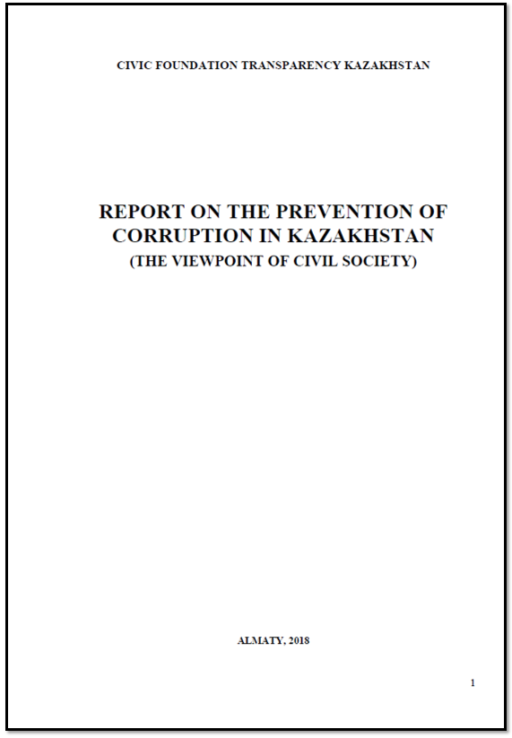