In recent years, the growing prevalence of false information spread predominantly via social media has become a major threat to public trust in both mainstream and independent media outlets. This phenomenon is increasingly referred to as fake news.

However, the term fake news not only refers to the dissemination of incorrect information in support of a typically partisan political agenda but is also often employed to discredit factually accurate news reporting. The changing media landscape makes false information more credible while simultaneously weaponising a term – “fake news” – that can be used to attack reputable independent journalists. The use of the term should therefore be treated with some caution.

While the scale of the threat should not be exaggerated, anti-corruption activists should consider strategies to guard against fake news. 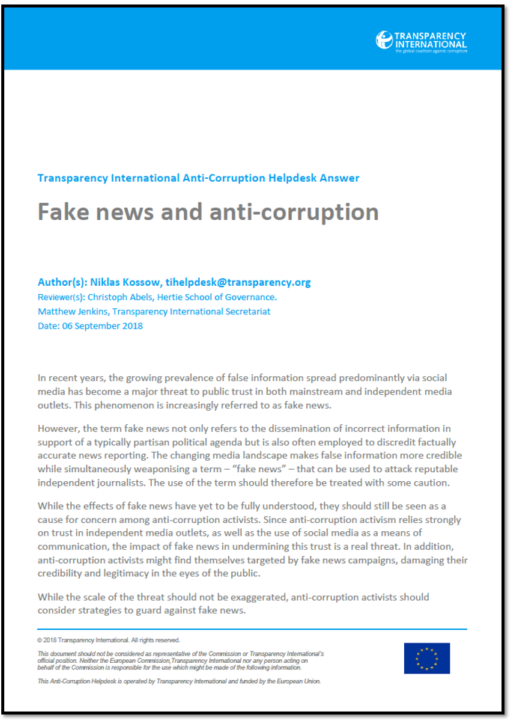