Please provide an overview of corruption and anti-corruption developments in India.

Once regarded as the world's largest democracy, the success of India's democratic performance stands at a crossroads with increasing restrictions on fundamental freedoms and a crackdown on those speaking against the government. Corruption remains an endemic problem that affects various areas in the public and private sectors, including institutions such as the police and judiciary, while affecting all levels of governance. The vast majority of human rights abuses in the country are enabled via a corrupt environment. The government has crippled critical law enforcement and accountability institutions at the central and the state level by the twin devices of amending the anti-corruption laws to curb their effectiveness, functional autonomy and politicising the appointments to human rights commissions, information commissions and anti-corruption agencies like Lokpal and Lokayuktas. Systemic corruption has resulted in the curbing of voices of dissent raised by anti-corruption campaigners, transparency and accountability advocates and human rights activists. Journalists reporting corruption are particularly at risk in an increasingly curtailed civic space. 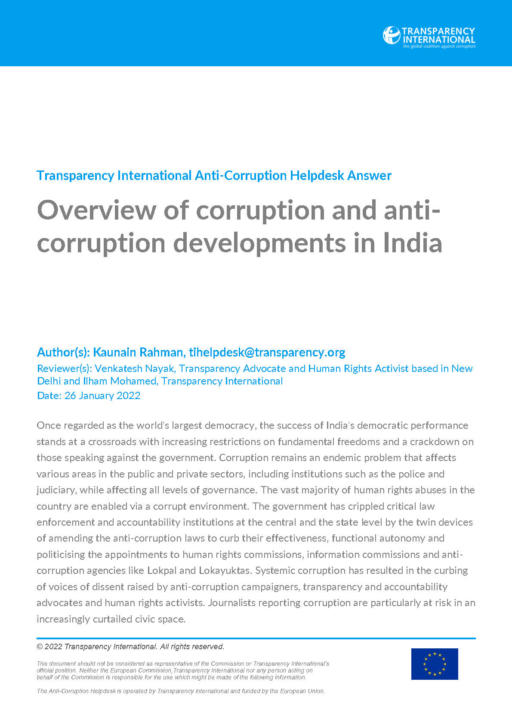