Since the 2018 Velvet Revolution, Armenia has made significant progress in its measures to counter corruption. The government of Armenia has introduced an ambitious reform programme and has attempted to overhaul the legal and institutional framework for safeguarding integrity.

Armenia also implemented sector specific reforms in areas such as the judiciary, public procurement and the armed forces. While critics have questioned both the quality and pace of reforms, and there is undoubtedly much work to still be done, evidence suggests that Armenia is on a positive trajectory.

However, progress has recently slowed due to several factors, including the geopolitical context, threats to Armenia's national security, growing political polarisation and pushback from pre-revolutionary elites. 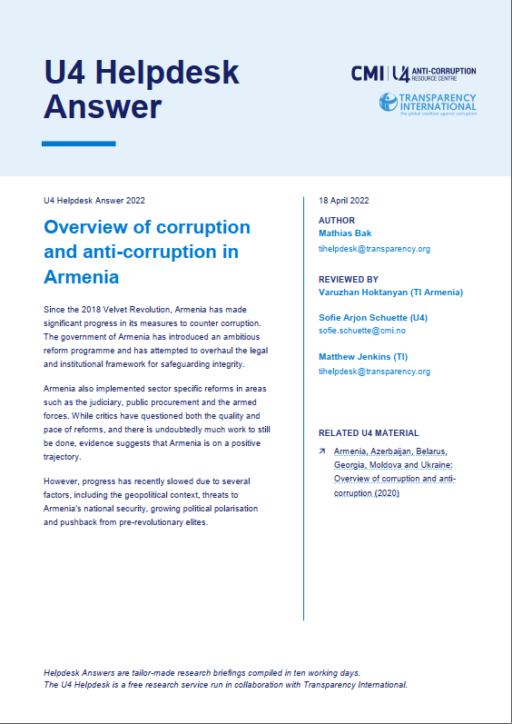