Please compile international standards related to separation of powers, conflict of interests and abuse of functions by parliamentarians in national budget processes

Members of parliament play an important role in approval and oversight of the national budget presented by the ministry of finance. However, questions arise when parliamentarians create a budget line for their own private interests instead of the public’s interest. Various international standards make it clear that, in terms of the principle of separation of power, the task of drawing up the budget rests with the executive and the role of the Parliament includes scrutinising the already drawn-up budget. A conflict of interest arises when the parliamentarians officially vote to approve a financial scheme for their own private interests- which is discouraged by most anti-corruption conventions and parliamentary guidelines. Where the private interest has compromised the proper performance of a public official’s duties, this is known as abuse of functions – which is criminalised by major anti-corruption conventions.

(a) Separation of powers in budget transparency

(b) Conflicts of interest

3. Loan schemes for parliamentarians in other jurisdictions 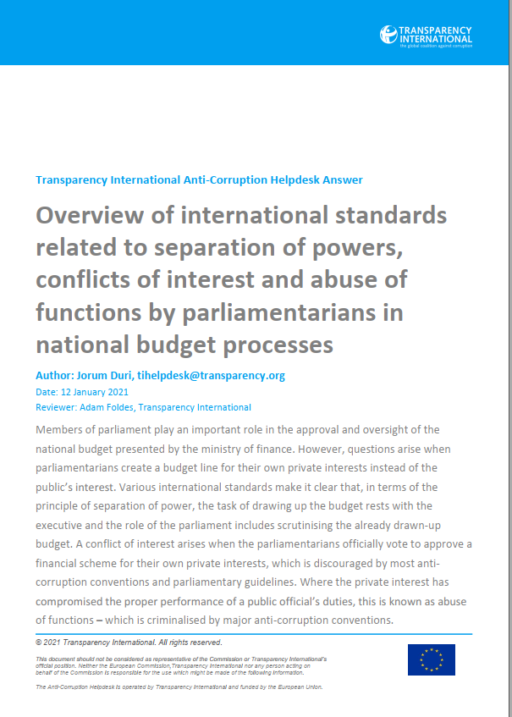