Can you please provide information on risks of corruption for foreign businesses in China?

Corruption has particular characteristics in China. Chinese leaders consider corruption to be a threat to the political system and, therefore, a matter of great concern. In fact, since 2013, when Xi Jinping was appointed president, the Chinese government has been implementing an aggressive anti-corruption campaign.

Increased corruption has not prevented the development of the Chinese economy, becoming the second largest economy in the world after the United States. China presents the paradox of being in a process of opening to the wider world to achieve their ambitious economic plans and respond to new social demands, while having a political regime that is not willing to lose control and uses authoritative means to keep it. 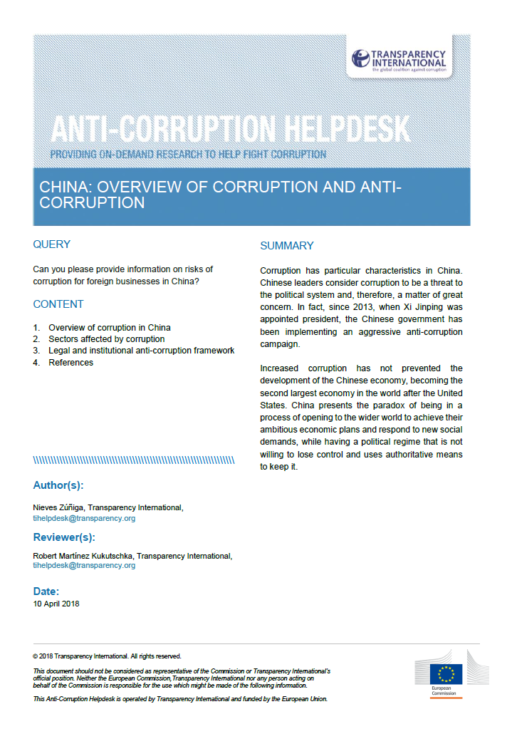 The role of business associations and chambers of commerce in the fight against corruption The impact of Chinese investments on national procurement rules Bitcoin, blockchain and corruption: an overview

Anti-corruption training in sectors: approaches, experience, and evidence about effectiveness Evidence of illicit financial flows from developing countries placed in Germany Evidence of the impact of facilitation payments