Provide an overview of gender-sensitive corruption reporting and whistleblowing mechanisms and approaches, including sextortion.

The increasing awareness of the gendered effects of corruption calls for the creation of whistleblowing and reporting mechanisms sensitive to gender differences. This demand requires particular importance in cases of gendered forms of corruption, such as sextortion. The specialised literature suggests that gender is never a single factor that explains the differences in whistleblowing practices. Rather, it depends greatly on the context and demographic characteristics. An understanding of the variety of reasons why men and women do or do not blow the whistle, when they do it and how they do it is a first necessary step for the creation of effective gender responsive whistleblowing.

There is very little research and evidence on non-binary gender reporting. For this query, gender-sensitive reporting and whistleblowing mechanisms refer to mechanisms allowing men and women to report or blow the whistle on corruption. 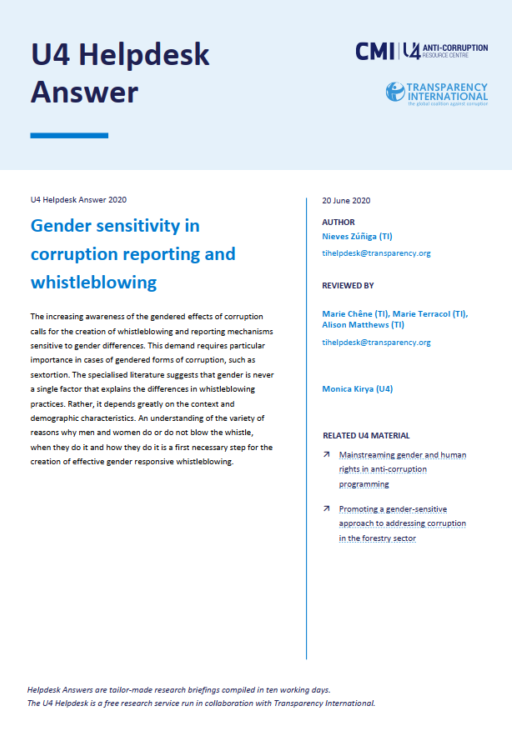 Whistleblowing mechanisms in municipalities Corporate transparency: overview of issues and literature review COMPARATIVE ANALYSIS OF THE UNCAC AND THE OAS CONVENTION