Please provide an overview of corruption and anti-corruption efforts in Kyrgyzstan.

As political instability fades in Kyrgyzstan, the challenge of facing bureaucratic and political corruption, cronyism and nepotism stand in the way of economic development. While countering corruption has been a recurrent promise made by the country’s most recent rulers, results have been poor. Poverty remains widespread and corruption hinders the provision of public services, such as education and water supply. The judiciary remains one of the country’s most corrupt institutions, lacking legitimacy and independence. Substantial, albeit insufficient, legal reforms have taken place, and recent efforts, such as judicial reforms, emphasis on digitisation and joining the Open Government Partnership, are auspicious signs. However, the organisational system for countering corruption remains ineffective, undermining any long-term anti-corruption agenda. 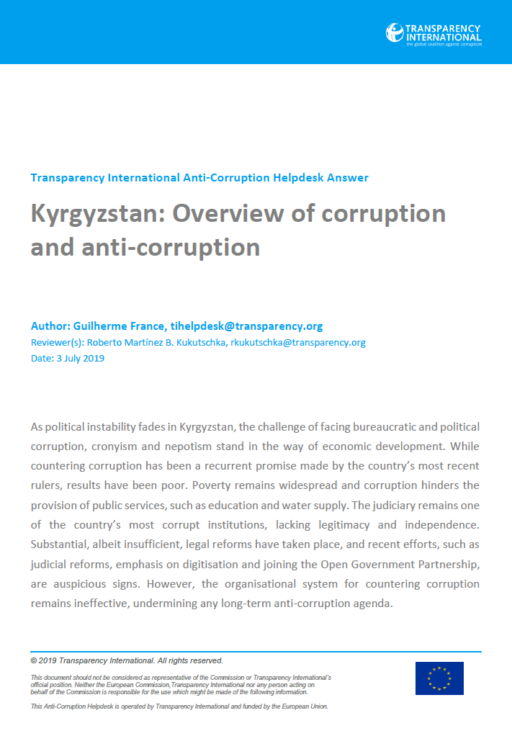