Madagascar grapples with systemic corruption, a weak rule of law and porous borders with an abundance of natural resources, which has in turn given rise to various organised criminal networks dealing in illicit trade. The ongoing COVID crisis has only exacerbated environmental crime. While substantial research has been done on rosewood and tortoise trafficking, an understanding of the illicit gold sector is required. Trafficking routes for wildlife and precious stones or cannabis seems to be same, but it is yet to be determined if there are overlaps in crime networks.

It ought to be noted that a screening of the public domain and conversations with anti-corruption activists reveals that there is a gap in the in-depth understanding of the actors, networks and corruption risks in the illegal gold mining and smuggling sector. 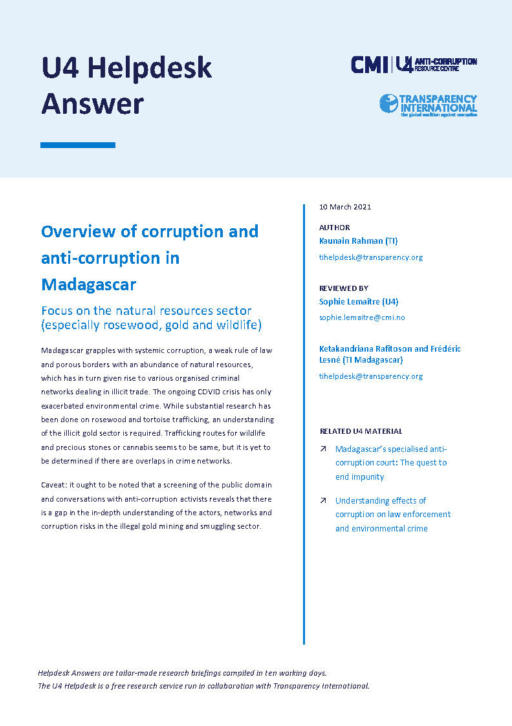