This public poll was conducted between the 27th and 31st August 2012. The survey sampled 1000 persons who are above 18 years of age (620) of the surveyed were from the West Bank (including Jerusalem); the remaining (380) were from the Gaza Strip. These were distributed on 50 locations and on one hundred blocks. Interviews were conducted face to face at homes 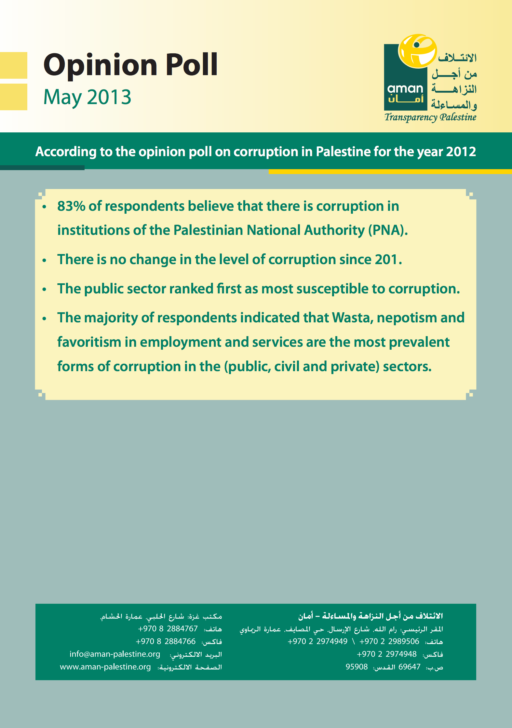 Donor accountability mechanisms to curb corruption in aid Literature review: The use of ICTs in the fight against corruption What works to curb political corruption? A review of the evidence base Assessing corruption risks in challenge funds Donor agencies’ anti-corruption training and capacity building