As a part of the efforts exerted at this front, AMAN and the Civil Society Team for Enhancing Public Budget Transparency, which AMAN (CSTEPB) takes its secretarial steering wheel, prepared a series of reports and working papers in contribution to the diagnosis and dissection of the reasons and implications of this crisis and the possible mitigation measures. ‘Government Spending: Areas of Rationalization and Austerity’, one of the key papers on the issue, concluded that the public expenditure system suffers from a structural imbalance. The latter results from the lion’s share the payroll bill continues to hold of the public expenditure (i.e. 50-60% distributed almost equally between the civil and security sectors). The paper also unveiled a considerable imbalance in the payroll system of the PNA staff. The rub lies in the gaps and discrepancies between the salaries of the civil and security servants at different levels. As data stands, the average employee salary in the security sector exceeds that in the civil by about 15%. Another discrepancy was spotted between the salaries of management staff and other employees within the very sector, be it civil or security. These initial results are supported by the Gini Coefficient, which measures the level of inequality in the salaries of public sector employees. As the UNDP Human Development Report stands, Gini ratio was 34.5% for Palestine during 2011-2015. 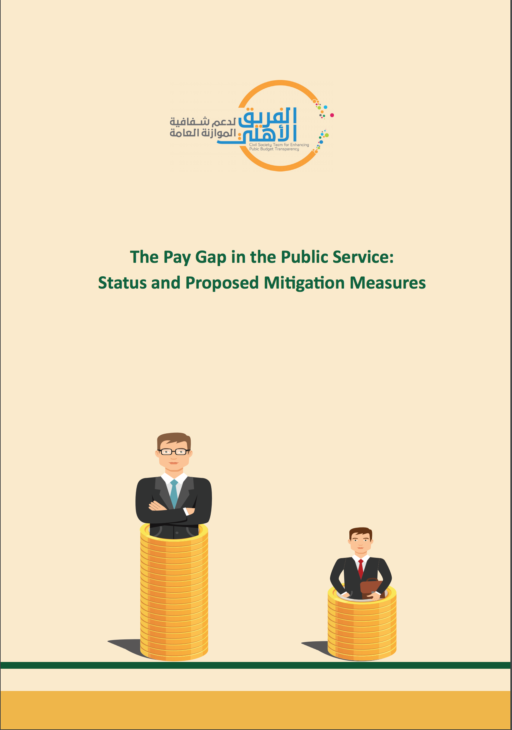