Sudan is a fragile state, emerging from the brutal dictatorship of Omar al-Bashir, which ended in April 2019 after he was ousted by a military coup following prolonged popular protests. The new administration has inherited a deplorable governance situation. Moulded by years of kleptocratic rule, the civil service is plagued by rampant graft, while the extractive industries sector and land management are similarly rife with corruption. In fact, much of the national economy is exposed to extensive rent-seeking by the security forces, which run large swaths of the country as personal fiefdoms.

The new regime will be forced to address corruption at all levels and sectors of the country and will need to reinforce a legal and institutional anti-corruption framework that is largely failing to prevent, investigate or sanction corruption. 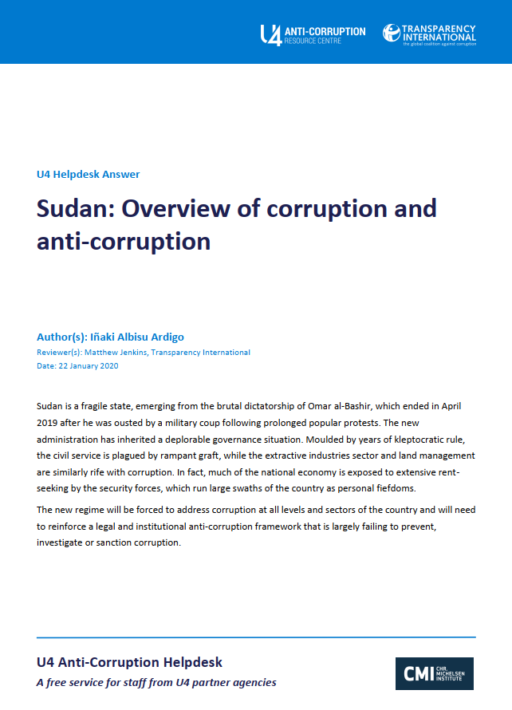